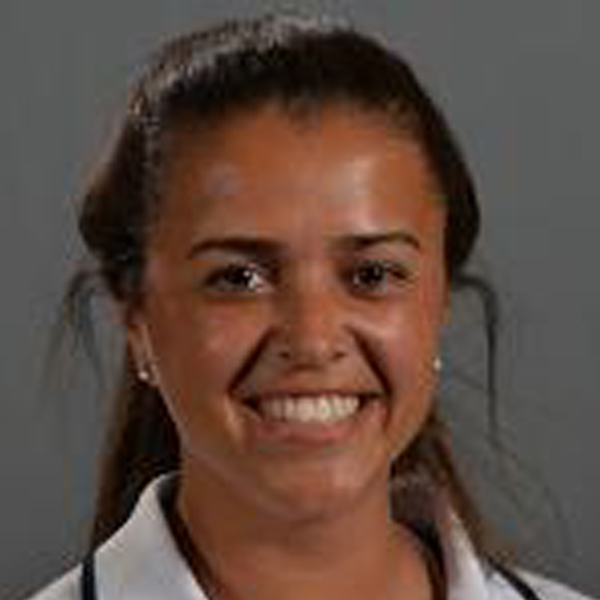 Ariel Teixeira had a standout four-year career with the SNHU women’s soccer program, which the program was lucky to transition into a role for her as an assistant coach in 2013. A four-year starter for SNHU, Ariel, a Warren, R.I. native, finished her career with 25 goals and 25 assists for 75 points, placing her seventh in program history in assists and 10th in career points. Just the third four-time All-Conference recipient in program history, Teixeira garnered Northeast-10 First Team honors in each of her final three seasons and was named an NSCAA Third Team All-American as a senior. Teixeira was also a three-time NSCAA First Team All-Region selection as well as a member of the NE-10 All-Academic Team as a senior. A three-time First Team All-State selection at Mount Hope HS, Teixeira tallied 17 goals and eight assists as a senior en route to leading the Huskies to a Division I state title. Ariel is the Director of Girls for Hampshire, runs the non-travel Early Development Program, and coaches several teams on the girls’ side of the club. She was recognized as NH Coach of the Year for travel soccer in 2020. 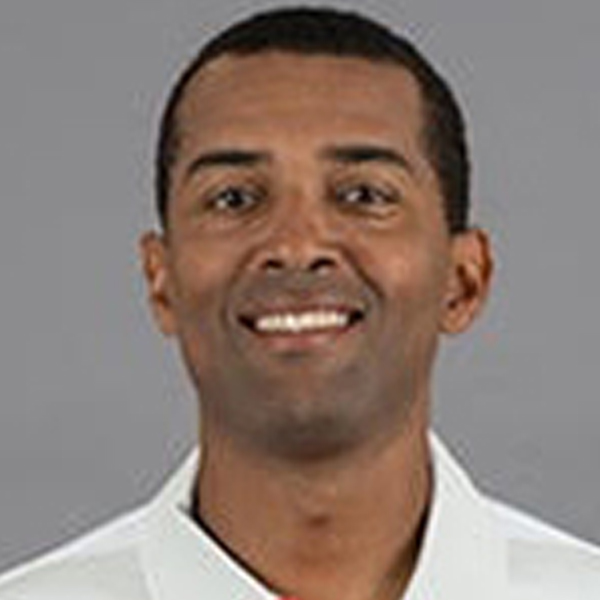 Elie Monteiro was named the third head coach in Southern New Hampshire University’s women’s soccer program in 2014. He returned to his alma mater after 12 successful seasons as head women’s soccer coach at former Northeast-10 rival UMass Lowell. In 12 seasons at UMass Lowell, Monteiro built the River Hawks into a perennial contender in the Northeast-10 Conference, while in his final season (2013) he guided UML’s transition to the Division I ranks and the America East Conference. Between 2005 and 2011, UML made five NCAA appearances, culminating in an 11-6-4 mark and an appearance in the East Region title game in 2011. A two-time NE-10 Coach of the Year, Monteiro was honored in 2005 and again in 2009. He started his collegiate coaching career as an assistant with the women’s program at Franklin Pierce University from 1997-99, helping guide the Ravens to a pair of Division II national championships. A two-year standout for then-New Hampshire College in 1994 and 1995, Monteiro helped the Penmen to a 30-6-2 record and an NCAA appearance in 1995. Elie coaches the high school age girls for Hampshire United. 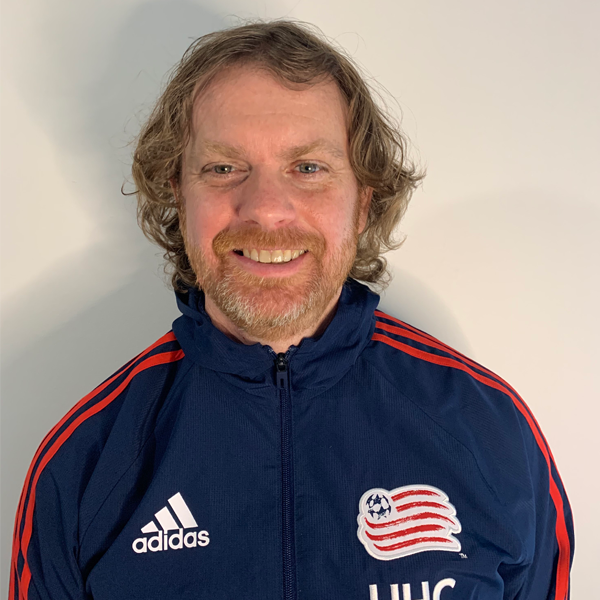 Ed is a New England Revolution Academy Coach and holds a U.S. Soccer ‘C’ License. Ed coached in Florida for 15 years with several clubs including Tampa Bay United and the Chargers Soccer Club. Ed coached the Chargers to the Florida State Commissioner’s Cup and the Club Director’s League Championships in the 2018-2019 season. Ed was awarded Coach of the year in 2017-2018 and the 2018-2019 seasons. In addition to coaching, Ed was the Director of Recreational Soccer as well. Ed holds a Law Degree and a Master of Science in Sport Management from the University of Florida and is a college professor of Sport Management at New England College.  Ed is on the Coaching Staff for Men’s Soccer at New England College and the Director of Player Development for the team. 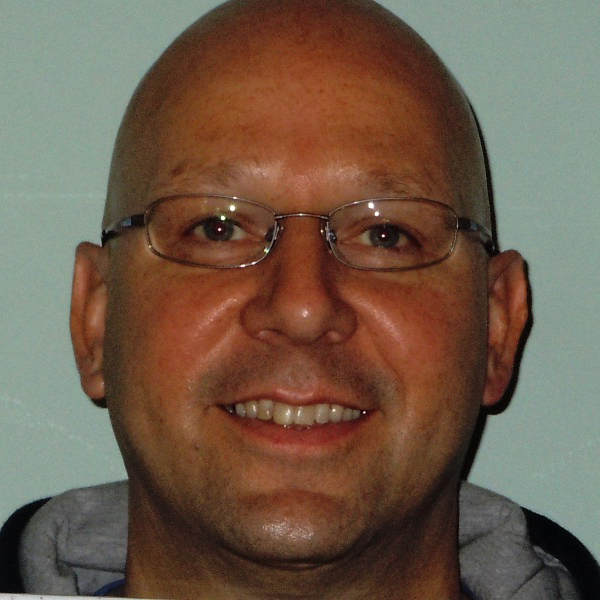 Russ Matthews spends significant time on a soccer field as a coach, ref, and parent. His 17 years of coaching started as a volunteer coach with the Milford community Athletic Association (MCAA), for which he led as co-director of soccer for 3 years and was one of the first travel coaches for Milford FC. Russ has been coaching with Hampshire United for 8 years, coaching both boys’ and girls’ teams from U11 -U18. He currently is the girls Milford High School Varsity. In his 7 years, he has reached the playoffs 6 times and taken the team to the Div. 2 state finals in 2018 and the semifinals in 2019. In 2018 Russ was named “Large High School Coach of the Year” for the state of NH by the US Soccer Coaches Association and the same year the NH Telegraph gave him the same honor for the Souhegan Valley Region. 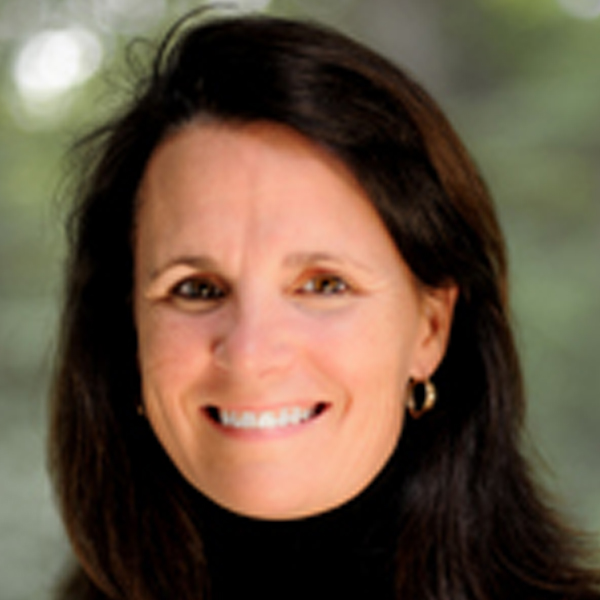 Molly Dix grew up playing soccer in Northern Virginia before moving to Vermont. She played for the U18 VT Olympic Development Program team and was the starting center midfielder for the VT Lions Cup Team (NH all-stars vs. VT all-stars). She played her college soccer at the University of Rochester where she was part of back-to-back NCAA national championship teams. She had the assist in the 1-0 win that gave Rochester their first-ever team national title. Molly has coached in VT, NC, and at various ages for Hampshire. She currently helps administer and coach the EDP non-travel program. She is also on the Board of Directors for both HUSC and Amherst Soccer Club. 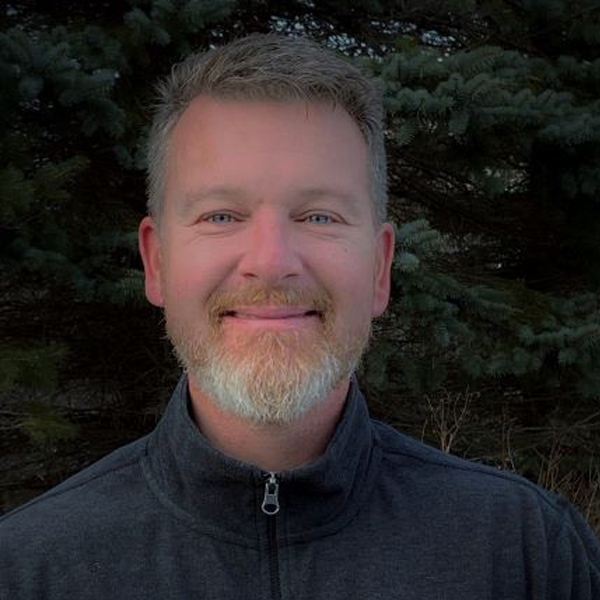 Dan his 19 years as a coach, Dan has developed both players at all levels of soccer (both boys and girls) for school, recreational and travel programs. He started coaching with the Milford Community Athletic Association (MCAA) in 2000, and from 2003 until 2013 he served as MCAA’s Soccer Director. On the boys side he has coached Milford Middle School, Milford High School JV and Varsity. He currently is the girls coach of Wilton/Lyndeborough High School. He has been involved with Hampshire United since it formed with the joining of Milford’s travel program with Hampshire FC. He has helped younger players within MCAA and Amherst Soccer Club’s Early Development Plan and ODP. He continues to play the beautiful game in the Over The Hill Soccer League (OTHSL) for an over-50 outdoor team in the spring and fall and plays for an indoor team in the Hampshire Dome adult winter league. 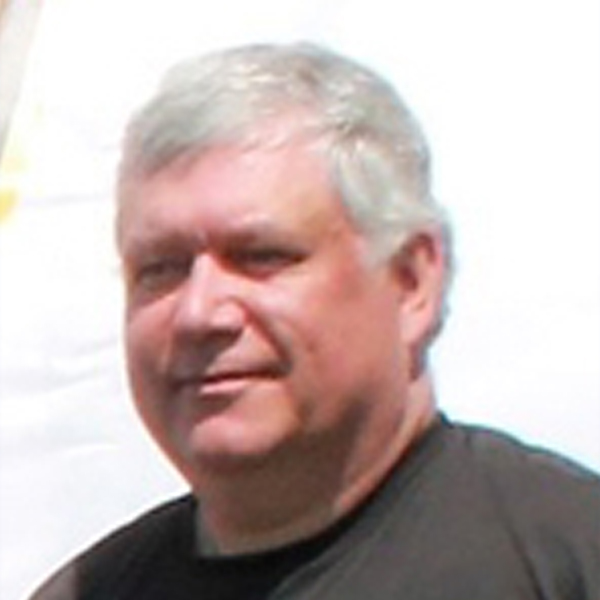 Mark Smith played soccer at Phillips Academy Andover and started his youth soccer coaching career in 1993 in Waltham, MA. He has coached soccer in NH for the Amherst Soccer Club, the Nashua World Cup Soccer Club, the Inti Soccer Academy, and the Hampshire United Soccer Club. Since 2011, he has served as Hampshire’s Early Development Program (EDP) Travel Director, serving the U9 and U10 player pool. In addition, since 2017 he has coached BU11 and BU12 teams in the club’s competitive program winning the BU11 NH State Championship in the Spring of 2019. Coach Mark holds USSF National C, USSF National Youth, NSCAA Director of Coaching, and NSCAA Goalkeeper Level 1 coaching licenses.

Sarah Barrett grew up in Massachusetts playing soccer, played at Wheaton College and still plays competitively today. Over the years Sarah has coached a range of ages from 3-14. One of her favorite all-time jobs was working for her incredible youth soccer coach at his camps during middle school, high school, and college school vacations. She has enjoyed coaching for the ASC/HU club since 2017 with the Early Development Program, non-travel as well as travel. She is also on the Board of Directors for Hampshire United. Each fall she also helps to coordinate the Amherst Rec soccer program and coaches tot soccer for the Rec Department. 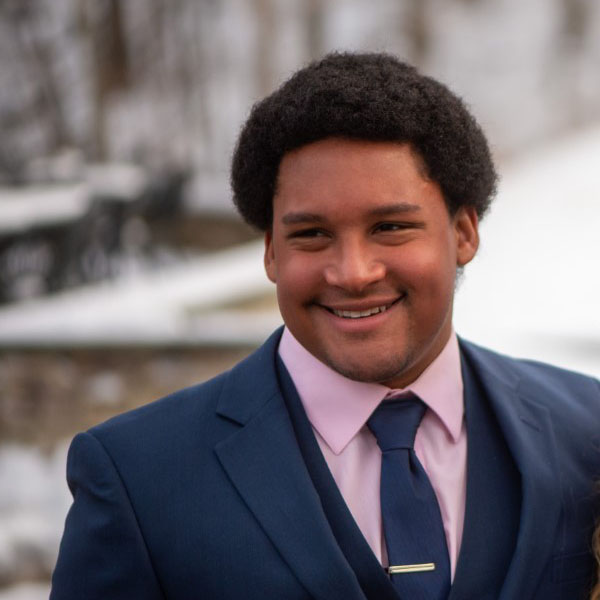 Dimitri Elias grew up playing soccer for Hampshire United from a young age. He went on to play Varsity Soccer at Souhegan High School where he was a stellar defender. Dimitri went on to play football and lacrosse at Anna Maria College, before transferring to Franklin Pierce University where he also played football and made it back onto the soccer field with the club program. Dimitri started coaching at Hampshire United in the Spring of 2015 and has been coaching year-round for the club since 2017. 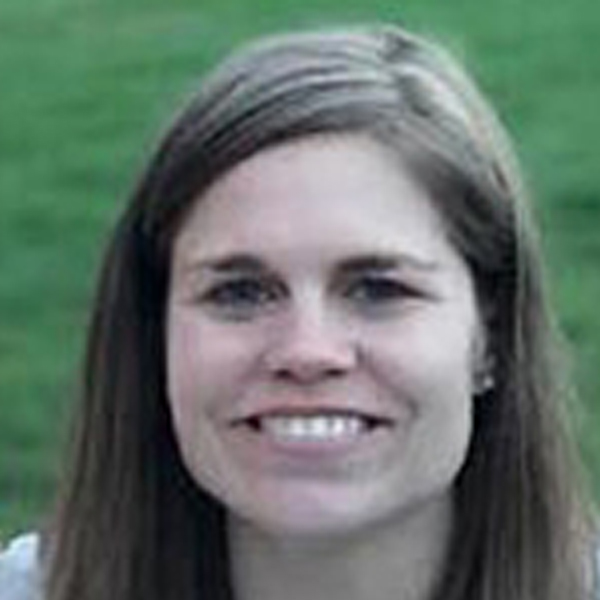 Lauren Keating grew up locally and played for Nashua North before becoming a three-year starting keeper for the women’s soccer team at Assumption College. Lauren was 2nd team All-Conference and All New England and won Assumption’s Female Scholar Athlete award as a senior in2011. Lauren brings her education and professional experience as a teacher to her coaching. She has coached boys and girls from middle school through high school, including Lowell High School Varsity girls for 3 years and Nashua South Varsity girls at present. 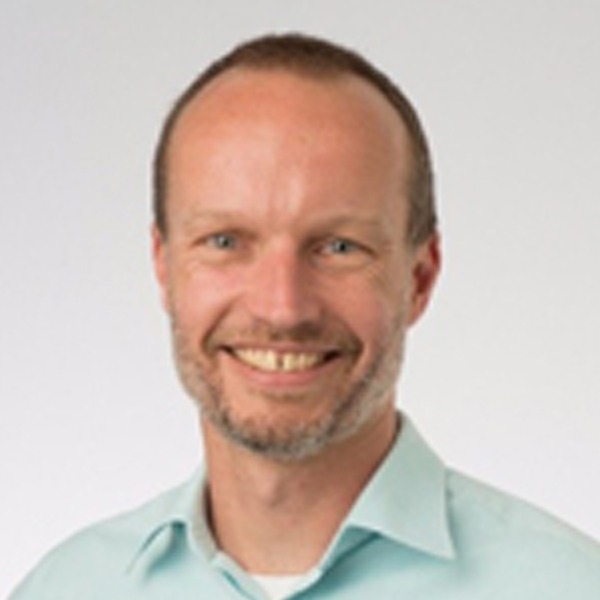 John Linton played competitive soccer throughout his childhood years at the club and high school levels. John started coaching in 2011 with the Cainhoy Athletic Soccer Club in South Carolina and from 2014 for Amherst Soccer Club and Hampshire United. John has coached teams up to U12 and is active with Hampshire’s Early Development Program and as a member of the Board of Directors. 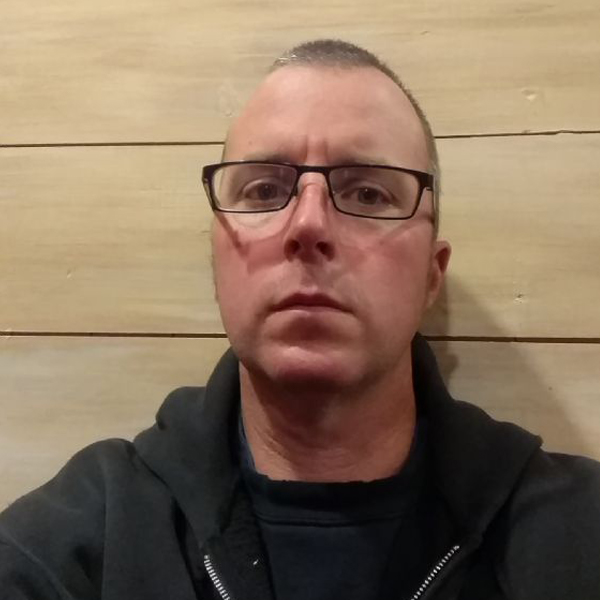 Dan Nelson played through High School and continues to play competitively. He has been coaching for over 8 years, including as a coach for the Wilton boys’ middle school program. He has been involved with the WJAA soccer program for several years and has also enjoyed coaching various teams at the NH Dome. 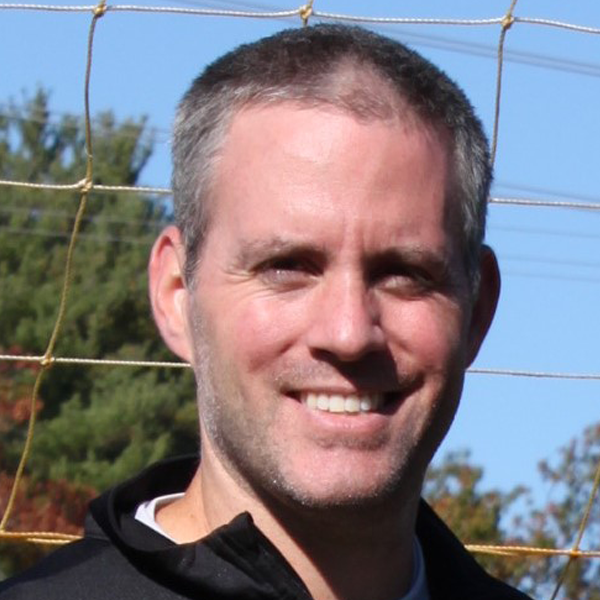 Coach Stuart Emerson grew up around coaching and sports, was a three sport athlete throughout High School (Soccer, Wrestling & Volleyball), Senior Male Athlete of the year and Volleyball League MVP. His soccer career started before he can remember and continues through his players today. He is “a big fan” of the United’s philosophy and coaching approach and thoroughly enjoys watching and helping his young athletes grow and learn the game. Coach Stuart has coached various sports and ages of athletes in addition to soccer, including baseball, and volleyball. During the day he can be found coaching software engineers and projects at BAE. 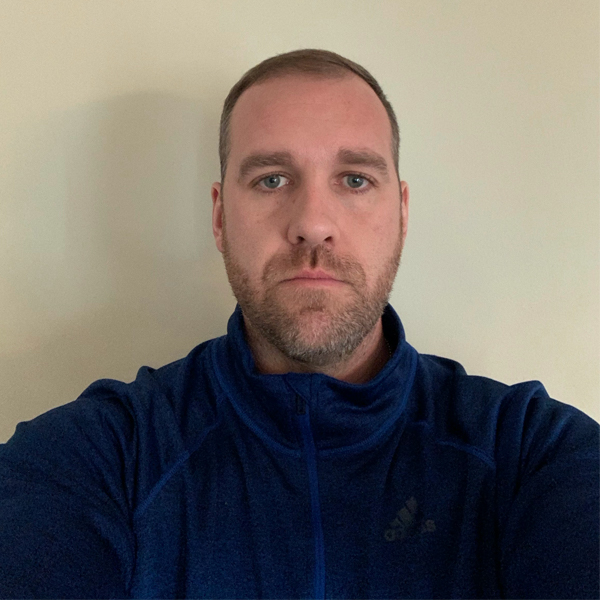 Burke Hazard enters his fifth season as the lead assistant on the Southern New Hampshire University men’s soccer coaching staff. Hazard has compiled an overall record of 45-16-11 with a trip to the 2016 NCAA Tournament second round, as well as four straight NE-10 tournament appearances.
While at SNHU, Hazard has also coached for Hampshire United winning two Northeast Soccer League championships.

Hazard arrived at SNHU in 2016 following a two-year stint as Head Coach at Lasell University in Newton, Mass., where he guided the Lasers to two consecutive playoff berths and a spot in the GNAC semifinals during his first season in 2014.

Hazard, who has also worked as a New England Revolution Academy staff coach since 2015, spent 2013 as the lead assistant coach at Dean College in Franklin, Mass.
While at Lasell and Dean, Hazard also served as Head Coach of the Bayside FC U18 Boys, winning the Region 1 Championship in 2015, as well as seven college showcase tournament championships.

Before heading to Dean, Hazard took over as the boys’ varsity coach at Belfast (Maine) Area High School in 2011, worked as a club coach for Seacoast United and was also a member of the Maine U17 Olympic Development staff.

Hazard, who owns a United States Soccer Federation ‘C’ License, began his coaching career as an assistant at his alma mater, the University of Southern Maine, in 2010.

After beginning his college playing career at Randolph Macon College, Hazard returned closer to home, playing his final three years at USM, where he captured a Little East Conference championship and earned his bachelor’s degree in Exercise Science. He has also since received his master’s degree in Sport Management from SNHU. 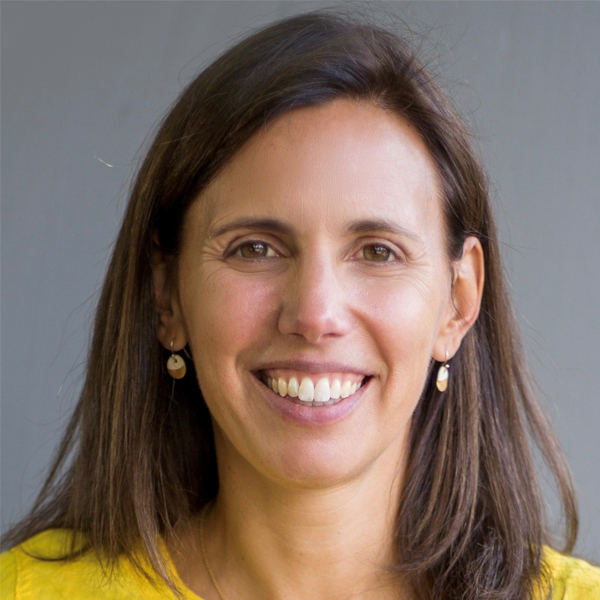 Liz grew up playing soccer in Massachusetts on a variety of town, club, school and ODP teams – most likely against Sarah Barret, a fierce rival in a neighboring town. Liz played Division III for Wellesley College where she was received Academic All-American honors her final two years. She has coached for HU and the Amherst Rec Department since 2009 and is also on the Board of Directors for Hampshire United.

Meghan Camello grew up playing soccer for Amherst Soccer Club and Hampshire United from a young age. She went on to play varsity soccer at Souhegan High School and was a part of Souhegan’s two state championship winning teams in 2011 and 2013. Meghan played for Seacoast United during her high school years and helped lead her team to two appearances in the President Cup’s Eastern Region Tournament. Meghan has enjoyed coaching for ASC/HU club since 2014 with the Early Development Program. 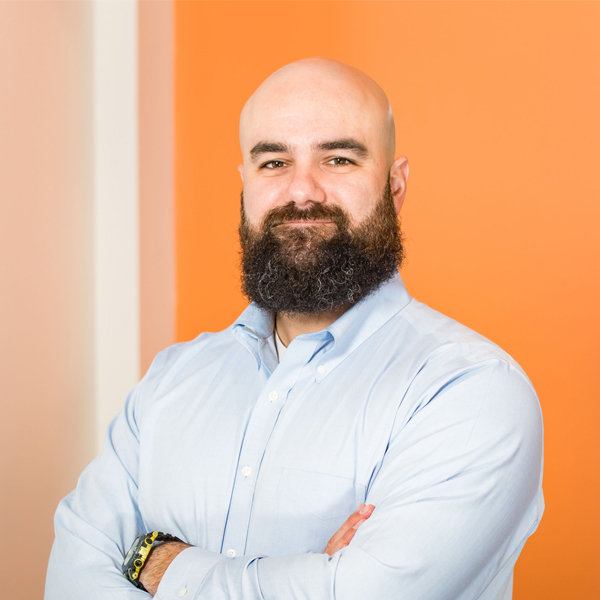